RAF Linton-on-Ouse is located north-west of York in North Yorkshire.

The Station's former role was to train fast jet pilots for the RAF and Royal Navy. The Station's current role is to support the Yorkshire Universities Air Squadron and draw-down RAF Operations in accordance with the closure plan.

72 Squadron was based at Linton-on-Ouse with the Tucano T1 providing Basic Fast Jet Training but has moved to RAF Valley with the new Texan T1.

History
RAF Linton-on-Ouse was opened in 1937 as a bomber airfield. During WW2, bombers dropped propaganda leaflets over Germany and later launched bomber raids on Norway, The Netherlands, Germany and Italy. The station was also allocated to the Royal Canadian Air Force during the war.

After the War, RAF Linton-on-Ouse was used to transport passengers and freight back to the UK and later became a Fighter Command Station operating the Meteor, Sabre, and Hunter until 1957. That year it became home to No 1 Flying Training School and was used for training Royal Air Force and Royal Navy pilots.

On Tuesday the 27th of June 2017, a formation of four Tucano T1 aircraft from 72(R) Squadron conducted a 'Grand Flypast' to commemorate the Squadron's Centenary. The Nationwide route overflew all bar two of the Squadrons previous bases and encompassed locations linked to the Squadrons surviving WWII veterans. More details can be found here.

It has been announced that the Royal Air Force will cease use of RAF Linton-on-Ouse and draw-down operations in 2020. 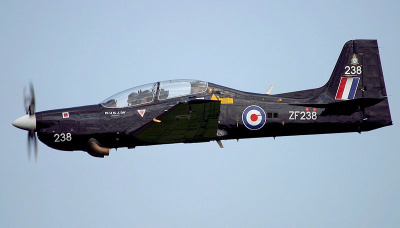 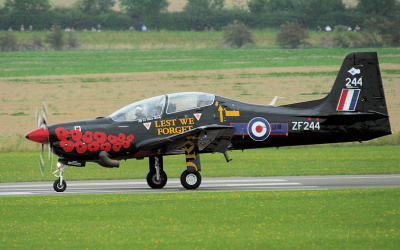 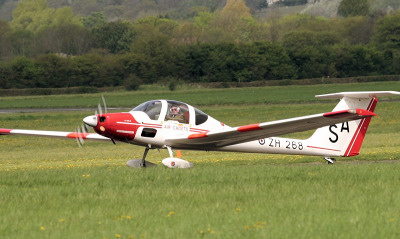