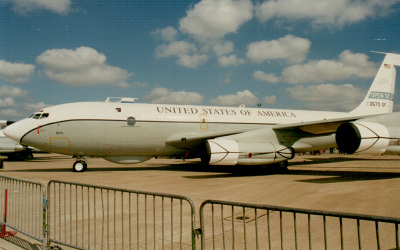 RAF Mildenhall supports United States Air Force operations and is currently the home of the 100th Air Refueling Wing (100 ARW). During the 1980's Mildenhall operated the SR-71 "Blackbird", a reconnaissance aircraft capable of a sustained cruising speed of Mach 3.

The Mildenhall Air Fete was held at the base from 1976 and ended in 2001. The Air Fete was very popular and well liked for its US burgers, and hotdogs, and also the friendly atmosphere at the Airshow.

More information on RAF Mildenhall can be found here. 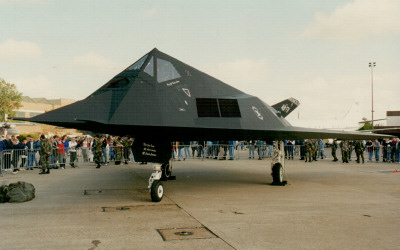 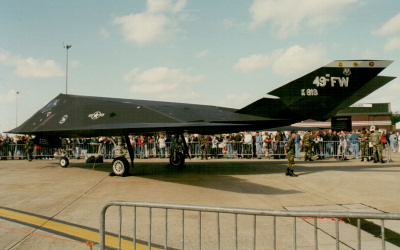 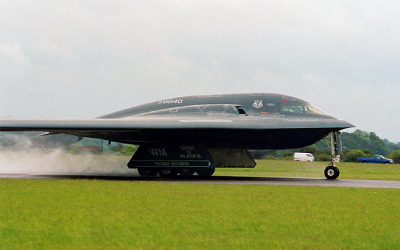 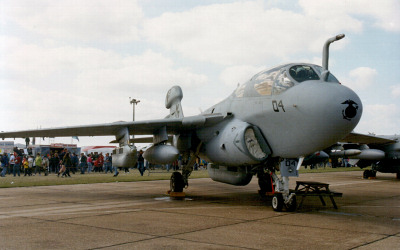 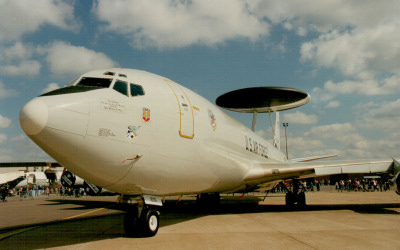 Mildenhall History
Mildenhall was opened in 1934 and was home to a number of bomber squadrons.Throughout the Second World War, Mildenhall took part in the bomber offensive against Germany using Wellingtons, Stirlings, and Lancasters. After the War, the station remained under RAF Bomber Command flying Lancasters, and Lincolns.

In 1950 it was transfered to the USAF under the control of Strategic Air Command (SAC) and flying the B-47 and B-50. In more recent times it has been involved in tactical airlift, airbourne command & control, air to air refueling, and strategic reconnaissance duties using a variety of different aircraft including the C-124 Globemaster, C-133 Cargomaster, C-130 Hercules, C-141 Starlifter, C-5 Galaxy, tanker aircraft, EC-135, E-3A Sentry (AWACS), and the awesome Mach 3 SR-71 Blackbird.

Today, Mildenhall is a major staging post to Europe for US forces and is operated by USAFE. During the Gulf war, Mildenhall was used by US forces to deploy to the Gulf and store tonnes of equipment.

Air Fete began in 1976 as part of the celebration of America's 200th birthday. It was held every year, usually on Memorial Day weekend, until 1999, when it was called off during Operation Allied Force, the NATO-led effort to push the Serbs from the Kosovo province. It was held again in 2000 and 2001 with crowds reaching half a million people for the Saturday and Sunday. In recent years the Air Fete has been cancelled due to operational requirements in support of the Global War on Terrorism, and a scheduled runway construction project in 2004. There hasn't been an Air Fete at Mildenhall since 2001. On 8 January 2015 the Department of Defense announced the closure of RAF Mildenhall and the 700 personnel will relocate to Ramstein Air Base and Spangdahlem Air Base in Germany as part of a program to save $500 million a year across Europe. The approximate date of divestiture for RAF Mildenhall is 2024. The closure of RAF Mildenhall has now been postponed until at least 2027 (edited Feb 2020).