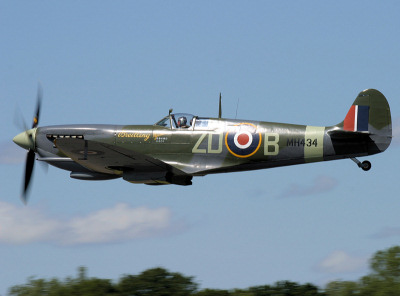 Duxford History
A military air station was constructed at Duxford during the First World War as a result of the expansion of the Royal Flying Corps and the need to train more airmen. In 1918 trainee American aircrew used Duxford. Following this, squadrons of the newly formed Royal Air Force, used Duxford as a home base. After the First World War, it served as a base for flight research. In 1920, it was home for 2 Flying Training School with the Avro 504, Bristol F2B fighter and DH9A, and later Sopwith Snipes. Later 2 Flying Training School moved to Leicestershire and RAF Duxford became a fighter aircraft station operating the Sopwith Snipe. Up until 1937, Duxford operated a succesion of fighters including the Gloster Grebe, Armstrong Whitworth Siskin, Bristol Bulldog, and the Gloster Gauntlet.

In the summer of 1938, it saw the first example of the Supermarine Spitfire (serial K9792). This aircraft was entrusted to 19 Squadron, which went down in history as the first operational Spitfire Squadron. At the start of the Second World War, Duxford was home to other Spitfire Squadrons and a Blenheim Mk IF Squadron which operated in the fighter role and commanded by Flight Lieutenant Douglas Bader. Bader had already served at Duxford before as a ground based Flying Officer following his accident in which he lost both legs and he had also served as a 19 Squadron pilot in 1939. In 1940, the Blenheims were exchanged for Spitfires and a Squadron of Boulton Paul Defiant single-engined turreted fighters moved here for a short stay.

During the Battle of Britain, Duxford saw a lot of activity even though it was some way to the north of the main scene of action. Its aircraft were frequently scrambled against the Luftwaffe.

Hurricanes also arrived at Duxford during 1940 under the command of Douglas Bader. Later Bader took command of three squadrons which formed a wing. Other squadrons were added to the wing to form the controversial 'Big Wing' which was pioneered by Bader.

At the end of 1940, Duxford saw the arrival of the Air Fighting Development Unit which was to evaluate new aircraft and tactical developments. The AFDU tested many aircraft such as the Martin Maryland, N.A. Mitchell, Martin Marauder, Lockheed Ventura, and Handley Page Halifax bomber. The AFDU also tested captured German aircraft such as the Heinkel He III bomber, Messershmitt Bf 109 and Bf 110 and compared them to allied types. In 1941, a Hawker Typhoon wing was present at Duxford. The Bell Airacobra and Lockheed P-38 Lightning were also tested at Duxford.

In April 1943, Duxford was handed over to the United States Eigth Air Force and all British units were removed. The Americans called Duxford Base 357 and operated large numbers of Republic P-47 Thunderbolts which were to escort the American bomber raids to Germany and France. In 1944 the Thunderbolts were replaced by P-51 Mustangs. The Americans also laid a metal runway using Universal Pierced Steel Planking or PSP. In 1945, the Americans left and Duxford was handed back to the RAF which now operated the Spitfire MkIX and later the Mk XXIs.

In 1947, Duxford was home to its first Jet aircraft, the Meteor III which was flown using the old PSP runway but in 1951 a new concrete runway was built. Later Duxford operated the Meteor F8 and night fighter meteors. In 1952, the Hawker Hunter arrived and in 1958, Gloster Javelins replaced the Meteors. The last operational RAF flight from Duxford was in 1961 as Duxford didnt have the facilities to accept the new BAC Lightning fighter and was geographically located too far from the North-East coast which was where the new percieved threat was most likely to come from.

Duxford was later to be used for the Film ' Battle of Britain' with aerial photography involving Spitfires, Hurricanes, and ex-Spanish Air Force aircraft such as the Messerschmitt 109, Heinkel He III and Junkers 52. Aircraft were located and restored to flying condition. This laid the foundation for the present warbird preservation movement in the UK.

In 1969, the RAF decided to dispose of Duxford and at the same time the Imperial War Museum was looking for a location to display its collection of aircraft. With the newly formed East Anglian Aviation Society a hangar was prepared for the arrival of aircraft and exhibits. The first public air display was held in October 1973 and larger and more popular air shows have been held there ever since.

Today the administration and operation of Duxford is shared by several organisations. In addition to the Imperial War Museum and Cambridgeshire County Council, the Duxford Aviation Society (DAS) plays an important role in many practical ways through the efforts of its volunteer membership. Duxford is also home to many private aircraft collections such as The Fighter Collection (TFC), the Old Flying Machine Company (OFMC), and The Aircraft Restoration Company etc.

The reason given by IWM Duxford was that due to 'financial pressures which have resulted from the coronavirus pandemic over the past few months, IWM Duxford has been required to examine all future events and consult with key partners to ensure that, as a charity, the organisation is able to maximise income and remain financially stable.'

It was therefore mutually agreed that TFC would seek an alternative location to host Flying Legends, which will be confirmed at a later date.

The full IWM Press release can be found here.

All Duxford Air Shows were cancelled in 2020 due to COVID-19 (Coronavirus) although several 'Showcase Days' went ahead that year.

Duxford in Cambridgeshire is a very popular venue for warbird enthusiasts. There is an extensive museum which is free to look around during a Duxford Airshow and includes many WWII examples.

Duxford is home to the Imperial War Museum Collection (IWM), The Fighter Collection (TFC), The Old Flying Machine Company (OFMC), The Aircraft Restoration Company (ARC), Historic Aircraft Collection (HAC), B-17 Preservation Society etc. The airfield itself is an historic site dating back to 1918. In the second world war it was home to the first operational Spitfire squadron. Duxford's fighters were frequently scrambled against the Luftwaffe during the Battle of Britain.

Duxford has several Airshows during the season and if you like warbirds then Duxford is the airshow to visit.

The Duxford Air Festival will be held in July in 2021, instead of the usual May slot, and there will be several 'Duxford Flying Days'. Note that 'The Flying Legends Airshow' which has previously been held at Duxford will be held at Sywell Aerodrome in 2021. More details here.

2021 Duxford Airshows:
The Duxford Air Festival will be held in July this year, instead of the usual May slot. 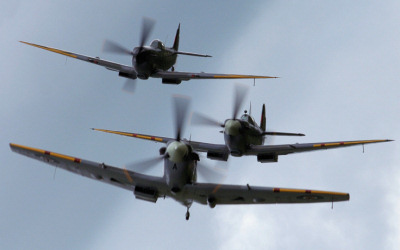 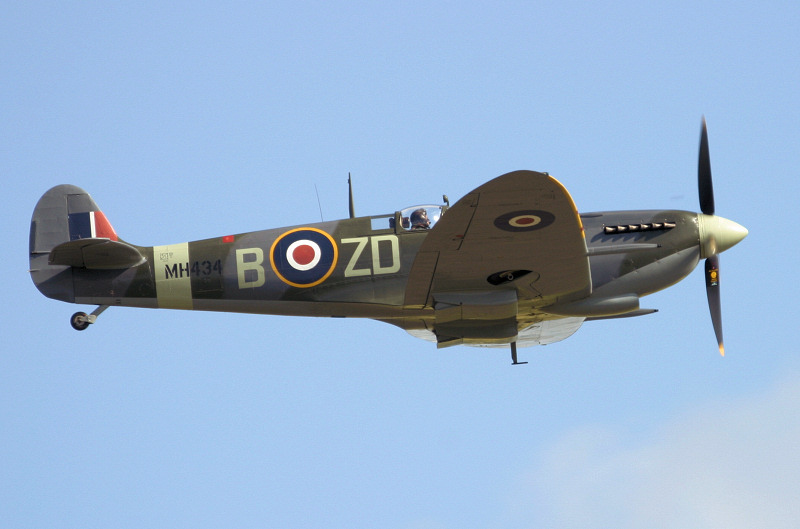 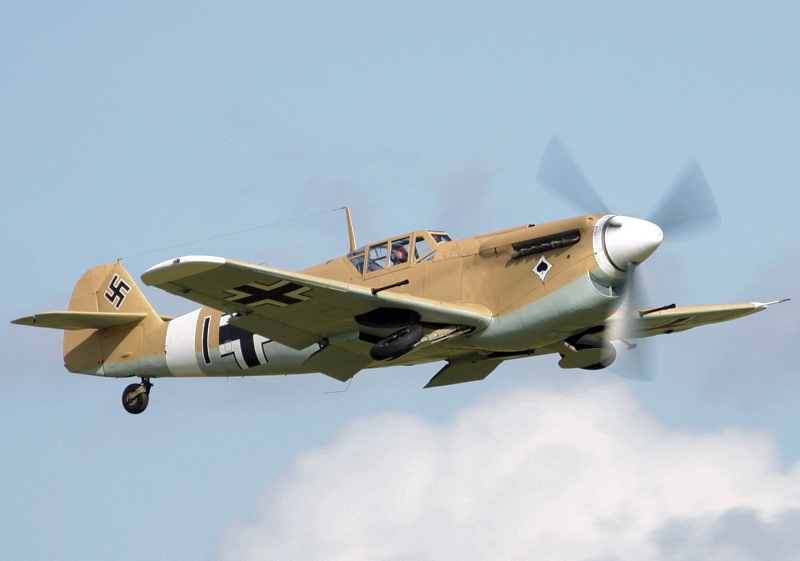 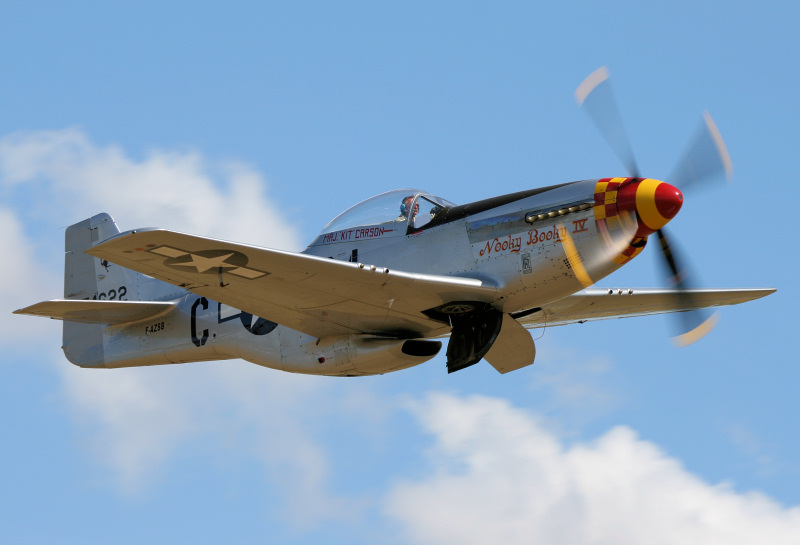 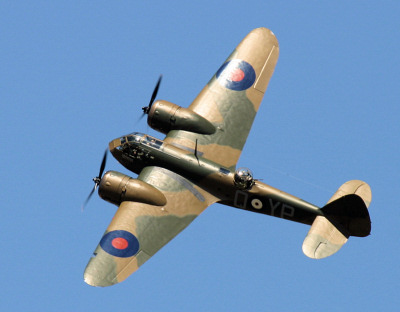