Airbourne (Eastbourne) Airshow History
Eastbourne is a medium sized town in East Sussex, on the south coast of England. It is situated at the eastern end of the South Downs, and boasts the famous Beachy Head cliff, as well as extensive beaches. The main town lies sheltered to the East of the cliffs helping to contribute to its high sunshine record.

The first 'Airbourne' Airshow at Eastbourne took place in 1993. Today the Eastbourne International Airshow, also called Airbourne, is now one of the the world's biggest free seafront airshows which attracts nearly a million people over the four days from Thursday to Sunday in August. The air show helps to contribute to the millions of pounds which tourism brings to the town.

In 2006, the Eastbourne International Airshow lost its main sponsor (Civil Service Motoring Association (CSMA) ) of 6 years and there were calls for the airshow to be scrapped. The local Green Party said the event 'has had its day'. However the council said there were no plans to pull the plug on the airshow and new sponsors were being sought. A number of smaller sponsors were found and this incredibly popular event continues to to be held at Eastbourne.

In 2008, Eastbourne Borough Council controversially decided to charge a five pound admission fee, in order to meet the show's rising costs, having failed to find a major sponsor. However, with visitor numbers down on previous years, and the additional cost of security during the event, the organisers were left with a 170k pound operational loss, and an inquiry was ordered. Lessons were learnt and the air show has continued to be held at Eastbourne. 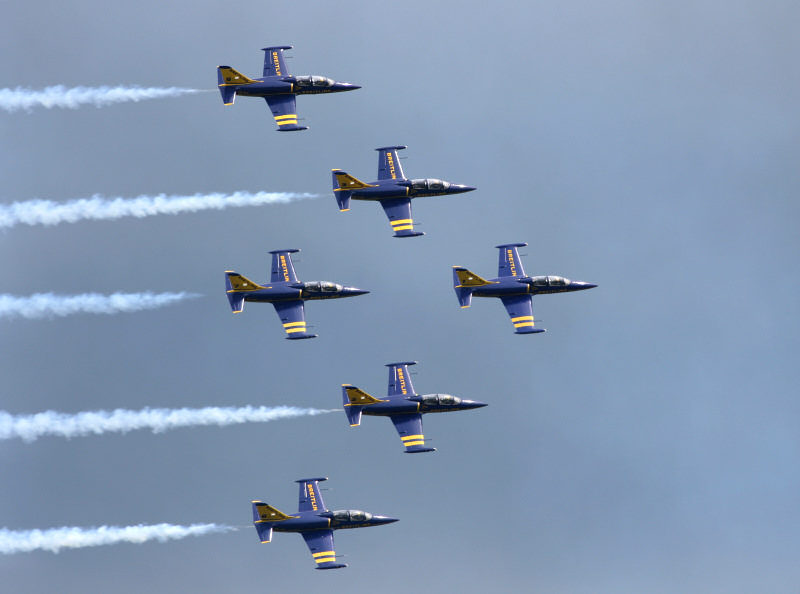 The Eastbourne International Airshow, also called 'Airbourne', is now one of the the world's biggest free seafront airshows which attracts nearly a million people over the four days from Thursday to Sunday in August.

There are also plenty of ground events including beach play zones with giant inflatables, RAF simulators, Jet Rides and much more. In the evening there is the popular Airbourne Live beach stage offering a wide range of music and entertainment throughout the four days. There is also the traditional end of show fireworks display.