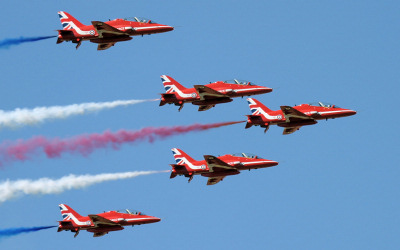 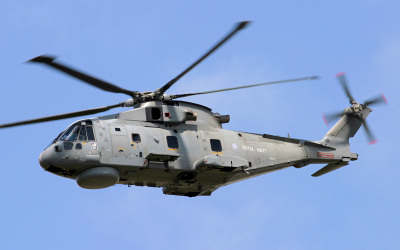 There are two Scottish Airshows in 2018 which include 'Scotland's National Airshow' at the National Museum of Flight at East Fortune Airfield in July, and the two-day 'Scottish International Airshow' held in Ayrshire in September.

There is also a whole day of on the ground activities where you can meet pilots and crews, explore one of Europe's best collection of aircraft and take part in aviation-themed and family activities.

Scottish International Airshow Information
The Scottish Airshow returned to Ayrshire again in 2014 after a 22-year absence.

After the close of the Leuchars Airshow in 2013, Danny Anderson and Doug Maclean decided to bring the Scottish public a new airshow, based in Ayrshire. The first show, in 2014, attracted 60,000 spectators, who thrilled to the first Ayrshire-based show since 1992.

In 2015, the show grew to 120,000 spectators and in 2016 there was a Friday night flying display including a display by Aerosparx followed by fireworks.

In 2017, the show will run for two days with a full flying display on both Saturday 2nd and Sunday 3rd September.

For 2018, there was more exciting International participation with a full programme of displays on both the Saturday and Sunday.

The Scottish International Airshow did not take place in 2019 but was expected to return in 2020. The 'DAKS over Prestwick' event took place in May 2019 at Prestwick Airport.

South Ayrshire Council have withdrawn the funding for the Scottish International Airshow in 2020 and it was cancelled.

We are sorry to announce that Scotland's National Airshow, which was due to take place on Saturday 25 July 2020 at the National Museum of Flight in East Lothian, has been cancelled. This is in light of the advice and measures currently being implemented by the UK and Scottish Governments in response to the outbreak of Covid-19 (Coronavirus).

• The Scottish International Airshow 2020 has now been officially cancelled. (from official Facebook Page).