RAF Lakenheath is located north-west of Bury St Edmunds in Suffolk, and hosts United States Air Force units and personnel. The host wing is the 48th Fighter Wing (48 FW), also known as the Liberty Wing, which includes two Squadrons of F-15E Strike Eagles and one Squadron of F-15C/D Eagle aircraft.

RAF Lakenheath is expected to station two F-35A Lightning II squadrons, totalling 48 jets, which will be added to the 48th Fighter Wing's existing two F-15E Strike Eagle Squadrons, in late 2021. To accommodate the new aircraft an F-35 Campus has been constructed on the south side of the airfield. The 48th Fighter Wing have announced that 495th Fighter Squadron (a former F-111 Sqn) are to be reactivated as an F-35A Lightning II unit (the Valkyries) at RAF Lakenheath. The first F-35 Lightnings arrived on the 15th December 2021. More details here. 494th Fighter Squadron (FS) will gradually replace its F-15C/D Eagles with F-35A Lighting II aircraft.

History
Lakenheath Warren was a Royal Flying Corps (RFC) airfield in WW1 and was used as a bombing and ground-attack range for aircraft operating from other airfields. It was abandoned in 1918 after the War.

During WW2, in 1940, Lakenheath was used as a decoy airfield and false lights, runways, and aircraft were used to help divert attacking German aircraft away from RAF Mildenhall. In 1941, hard runways were layed along with taxiways, hardstands for 36 aircraft, and the building of hangars. Lakenheath was used by RAF flying units on detachment and served as a satellite of RAF Mildenhall. Lakenheath operated Vickers Wellingtons and Short Stirling bombers. In 1943, more hangars were built for glider storage, housing 40 Horsa Gliders.

In 1945, Lakenheath was selected to be upgraded to a Very Heavy Bomber airfield operating the United States Army Air Forces Boeing B-29 Superfortresses. The existing runways were removed and new longer ones layed using 12 inches of high-grade concrete. The War ended by the time that the work was finished and RAF Lakenheath was put on a care and maintenance status. In April 1947, RAF Bomber Command returned to Lakenheath and had the runways repaired, resurfaced, and readied for operations by May 1948.

Operational control of RAF Lakenheath was transferred from the RAF to United States Air Force Europe (USAFE) at the end of 1948. The first host unit was the 7504th Base Completion Squadron which was elevated to Air Base Group (ABG) in 1950, and then to a Wing. Lakenheath became one of three main operating bases for the U.S. Strategic Air Command in the UK operating the B-29 Superfortress, and then the B-50 Superfortress and the B-47 Stratojet in 1954.

In 1959, French president Charles de Gaulle insisted that non-French nuclear capable forces should be withdrawn from France so the USAF redeployed its North American F-100 aircraft. The 48th TFW left Chaumont AB, France in 1960 and arrived at Lakenheath. RAF Lakenheath was transferred from Strategic Air Command back to USAFE. The tactical components of the 48th TFW upon arrival at Lakenheath were the 492nd, 493rd & 494th Tactical Fighter Squadrons.

The 48th TFW (Tactical Fighter Wing) operated the North American F-100 and then the F-4D Phantom II before operating the General Dynamics F-111F in 1977. Lakenheath's F-111s from the 48th TFW participated in the United States bombing of Libya in 1986. With the departure of the F-111, Lakenheath received its first McDonnell Douglas F-15E Strike Eagles in 1992. 493rd Squadron was reactivated with the F-15C/D which made the 48th TFW the largest F-15E/F-15C composite unit in the U.S. Air Force.

Vulcan To The Sky Calendar 2022
Photographs 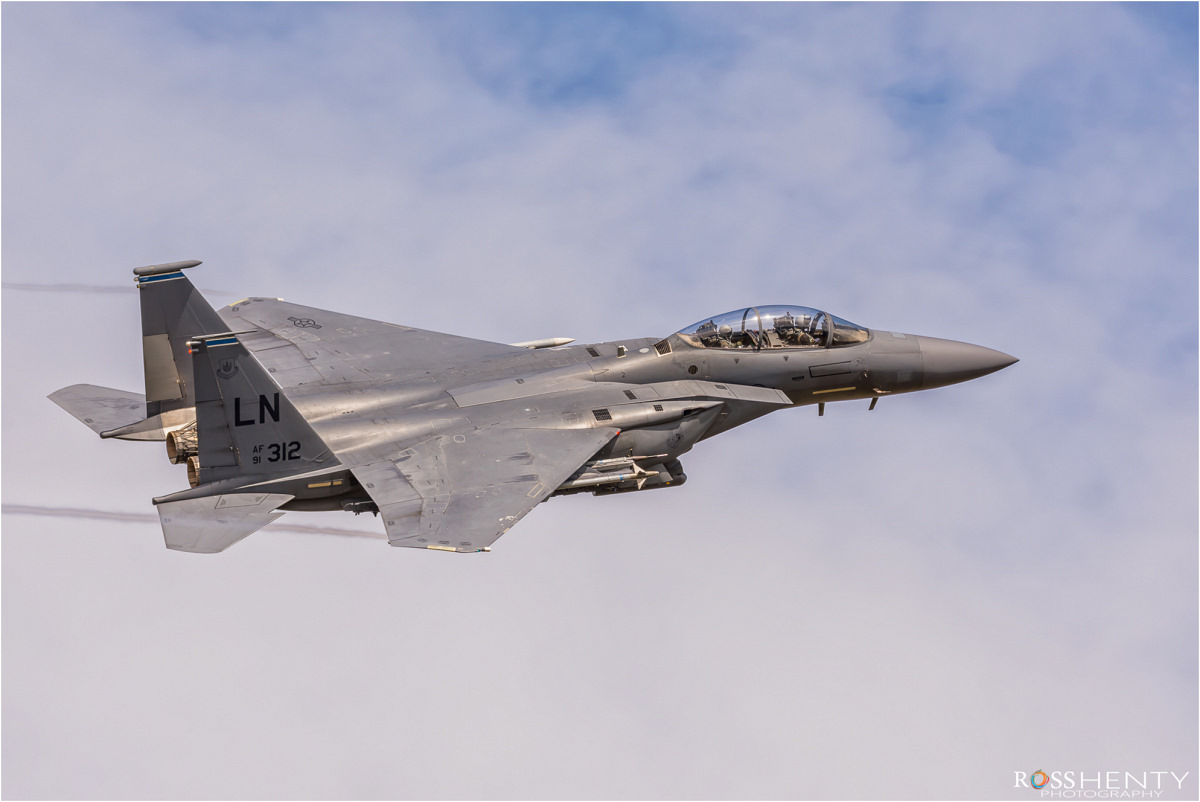 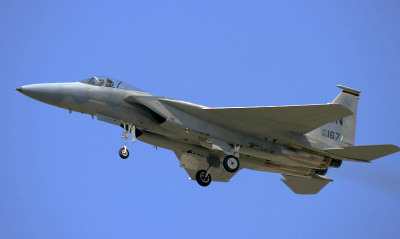 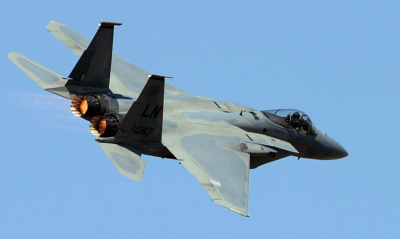 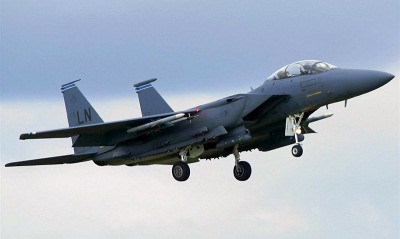 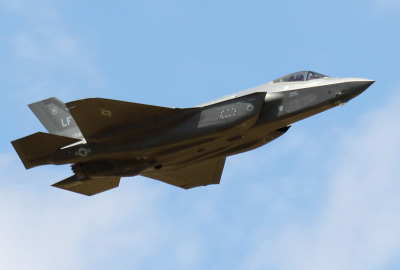 In April 2016, twelve F-22A Raptors from the 95th Fighter Squadron (Boneheads) / 325th Fighter Wing at Tyndall, Florida deployed to RAF Lakenheath. They conducted air training with other European based aircraft while demonstrating U.S. commitment to NATO allies and the security of Europe.
• F-22 Raptor Deployment (April 2016) 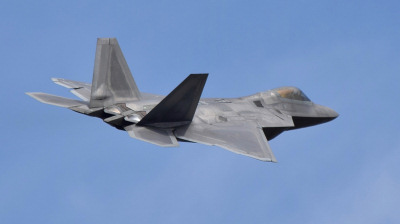 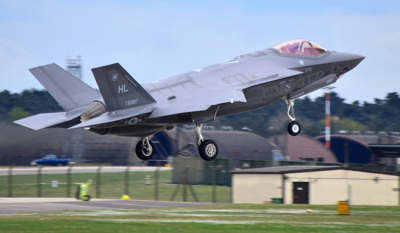 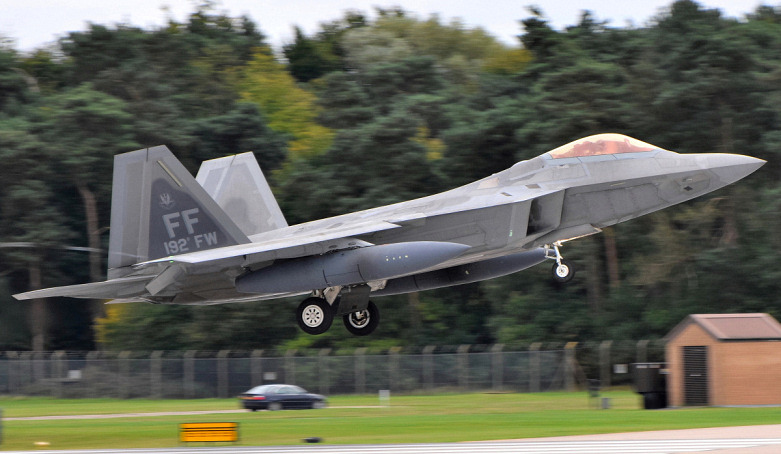