The role of 2 Regiment is ground training and 7 Regiment trains aircrew on AAC aircraft after they have completed basic training at RAF Shawbury.

2 Regiment consists of 676 Sqn AAC, which looks after the administration and well being of all Phase Two Army Air Corps trainees, and 668 (Training) Sqn AAC which is responsible for groundcrew training (re-arming, refueling & ground maneuvers) on the Apache helicopter.

History
RAF Middle Wallop opened in 1940 as a training school for new pilots. It was originally intended as a bomber airfield but because of the Battle of Britain was used as part of 10 group RAF Fighter Command with Spitfires and Hurricanes. The Bristol Beaufighter was also used by a specialist night fighter unit which helped provide night time defence over the UK during the Blitz from late 1940 until mid 1941.

The United States Army Air Force used Middle Wallop from December 1943 and flew the photographic versions of the Lockheed P-38 Lightning (F-5) and North American P-51 Mustang. The USAAF left Middle Wallop in June 1944, after D-Day. The Royal Air Force returned to Middle Wallop in July 1944 for No. 418 Squadron RCAF and its de Havilland Mosquito nightfighters.

In 1954 a Development Flight (CFS) with helicopters was formed there, this led to the Joint Experimental Helicopter Unit in 1955. On 1 September 1957, when British Army aviation became independent of the RAF, Middle Wallop transferred to the new Army Air Corps. It became the School of Army Aviation, to which it has remained to the present date. 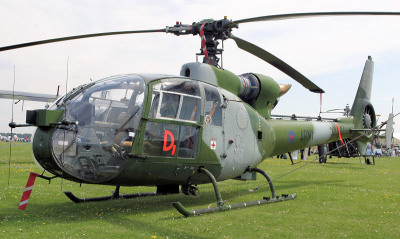 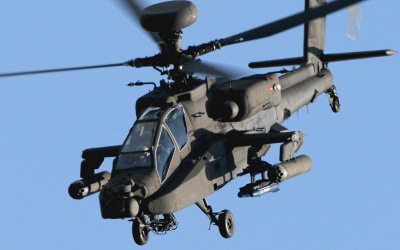