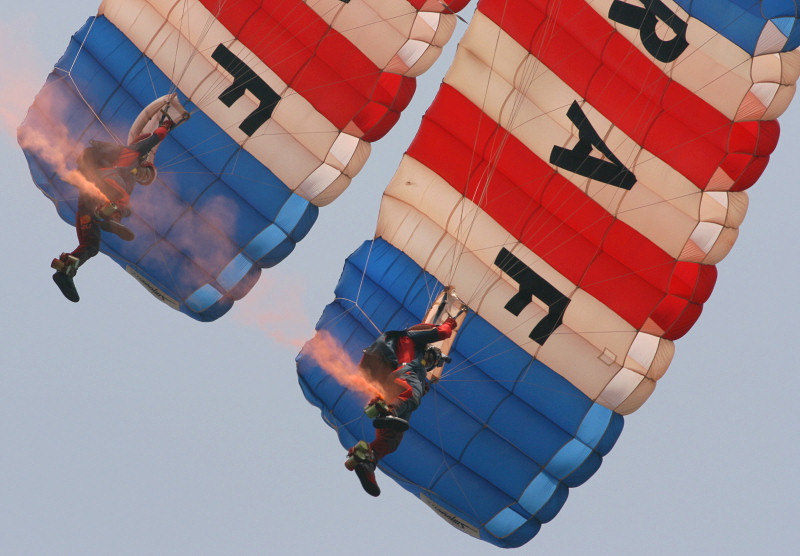 Below are the 2022 display dates & venues for the RAF Falcons Parachute Display Team: May 2022

The RAF Falcons schedule is usually announced at the end of March each year.
60th Anniversary:

2021 marked the 60th Anniversary of the RAF Parachuting Display Team. Originally formed in 1961 by six instructors from the Parachute Training School formally based at RAF Abingdon, with a debut performance at Farnborough Air show. In 1965 the Team increased in size to twelve parachutists, it was also in 1965 that the Team were given their name of the 'RAF Falcons', taking the name from a bird of prey which represented their displays; swift, swooping, elegant and aerobatic in flight, all still prominent to this day. The RAF Falcons Parachute Display Team is the only centrally funded, professional, military parachute display team in the UK. The RAF Falcons parachute display is both unique and flexible. This is necessary due to weather conditions that will dictate which of the three types of show the team may be asked to perform at very late notice: