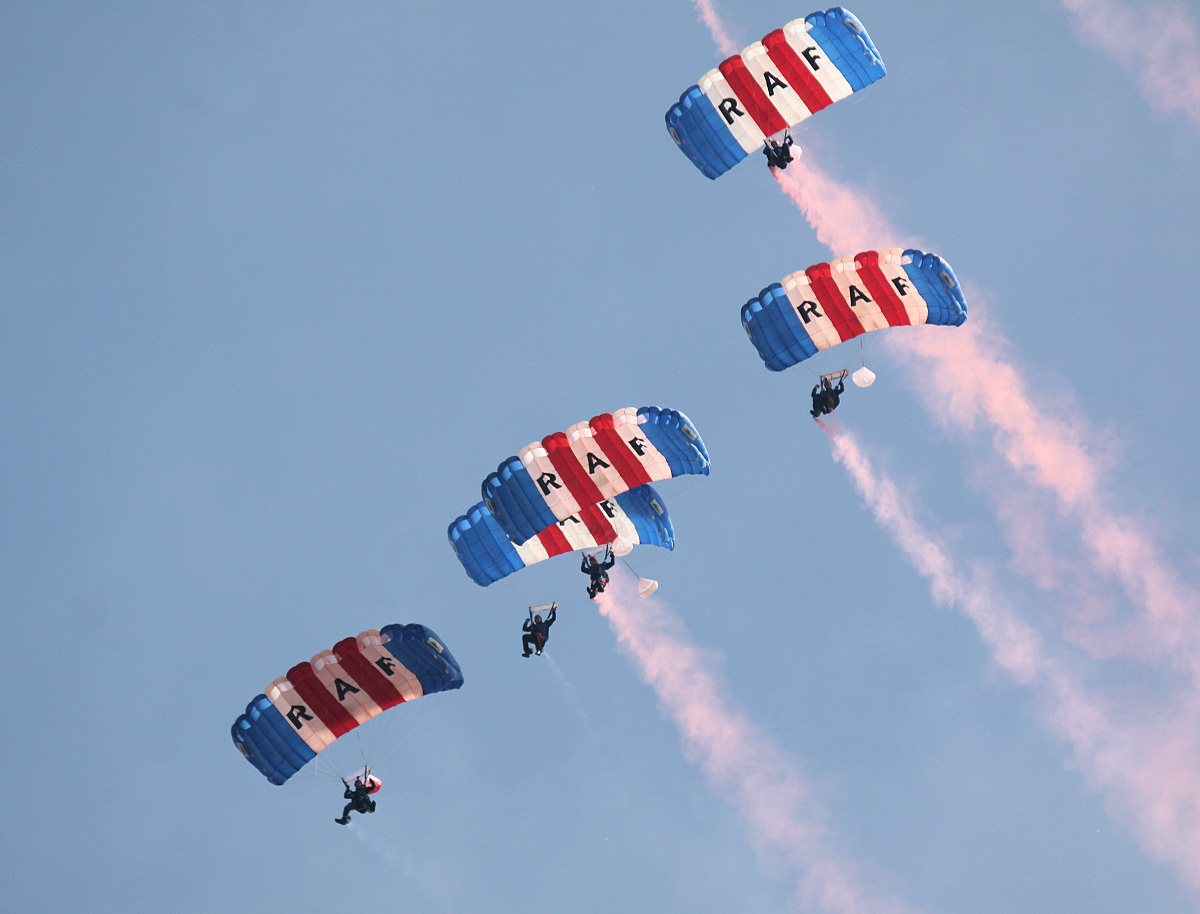 Below are the 2020 display dates & venues for the RAF Falcons Parachute Display Team: May
• To be announced...

The RAF Falcons schedule is usually announced at the end of March each year.
Press Releases:
Impact of Coronavirus (COVID-19) on RAF Display Teams in 2020