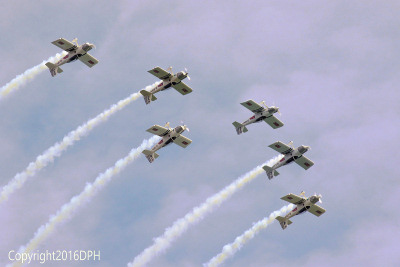 Team Raven consists of six Van's RV aircraft which are based at Swansea Airport in Wales.

The team is led by Simon 'Sid' Shirley and was formed in May 2014. The self-build (Kit aircraft) are a mix of 1x RV4 and 5x RV8s which are low-wing monoplanes of aluminium construction and use standard Lycoming io-360, 180hp engines coupled to constant speed propellers. 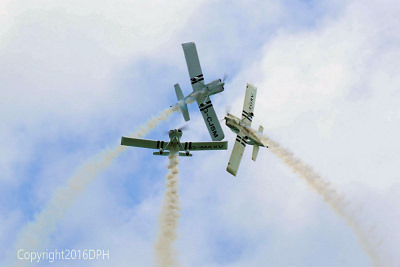 Photo by David Hackney
History
Team Raven was formed in May 2014.

The fully aerobatic aircraft have been modified with smoke systems which adds greatly to their air displays.

The Team name 'Raven' came from a play on the letters 'RV' and makes more sense if written 'RaVen' as per the badge on the sides of the aircraft fuselages.