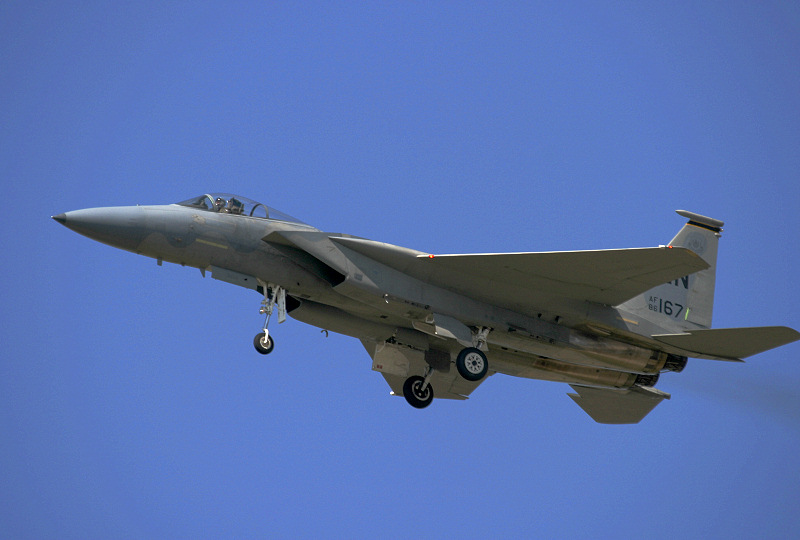 There will be a flypast of four Lakenheath F-15s over the Tottenham Hotspur Stadium which is hosting the NFL London Games. The dates of the flypasts as well as practice flypasts are below:

The route starts from RAF Lakenheath and heads south to the south-west of Colchester before heading for Chelmsford which will be the holding area. The aircraft will then fly west towards north London and overfly the Tottenham Hotspur Stadium. They will then circle round and head back the way they came and burn off fuel over Norfolk before heading back home to RAF Lakenheath.

Note:
This Route Map is not exact and is based on the route taken on Sunday 10th October 2021. This is just a rough guide which can easily change for the other flypasts.

The flypast could also be cancelled or the route changed due to weather or other requirements.