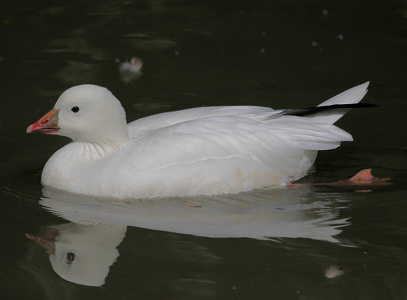 Appearance: - The tiny Ross's Goose has a white plumage with black wing-tips, a short reddish-pink beak with pale tip, the base of the beak has a greenish-grey warty area on the male, and legs and feet are reddish-pink. Both sexes are similar. The Ross's Goose has a similar plumage to the Snow Goose (in white phase) but is a much smaller bird with a smaller beak, and a smaller and more rounded head. 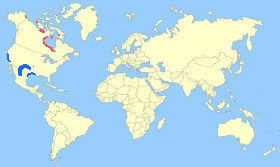 Notes: - The Ross's Goose belongs to the Chen genus (White Geese). It is a small North American Goose which gets its name from Bernard R. Ross, a Hudson's Bay Company factor at Fort Resolution in Canada's Northwest Territories. This bird has extended its range and is increasing its population.