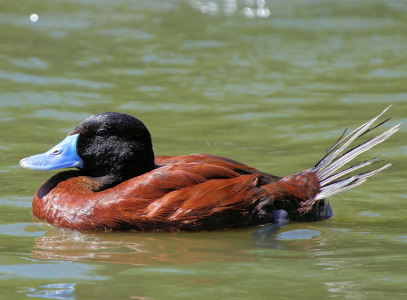 Appearance:
Male - The male Lake Duck in breeding season has a deep chestnut body, a black head and neck, a blue beak, brown eyes, whitish abdomen, grey tail, dark-brown wings, and the legs and feet are dark grey. During non-breeding season the male looks similar to the female but with some reddish feathers on the body.
Female - The female has a dark-brown head with a whitish lower head and foreneck, a whitish stripe under the eye, dark-grey beak, and brown body.

Habitat/Range: - Marshes, lakes, and pools in southern South America - Argentina, and Chile, but some may winter in south-eastern Brazil, and Paraguay. 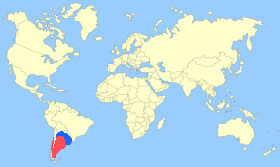