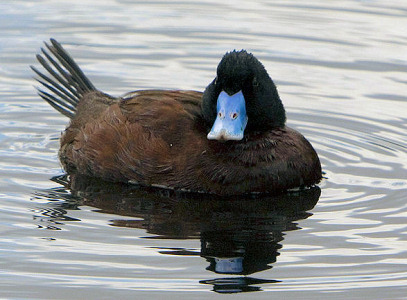 Appearance:
Male - The male Blue-billed Duck has a deep chestnut body, a black head and neck, a blue beak, brown eyes, white abdomen, grey-black tail, and the legs and feet are grey.
Female - The female has a brown barred body, dark-brown head which is paler on the throat and neck, and dark-brown beak.
Eclipse - The male in eclipse plumage is similar to the female but has a darker head and neck and the flanks are pale brown or chestnut. 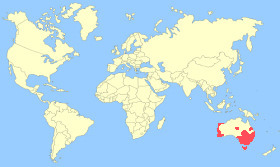 Notes: - The Blue-billed Duck is an Australian Stiff-tail duck. The tail is usually held flat in the water but will be held erect during courtship displays or when it is being defensive.