A Spitfire from the Royal Air Force Museum Midlands will go on tour this summer, visiting regional towns and cities as part of the Museum's 50th anniversary celebrations.

The iconic aircraft will visit four locations across the Midlands in May, June and July, touring some of the region's popular landmarks, highlighting and celebrating the area's rich RAF heritage. 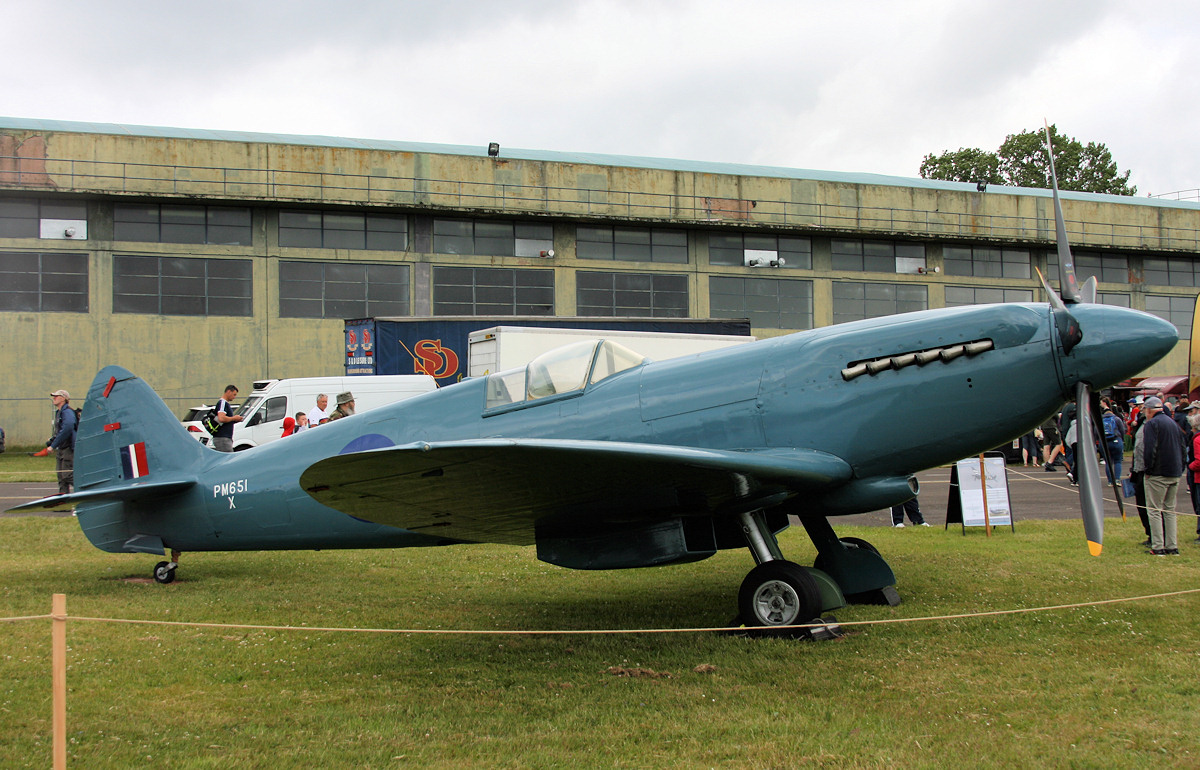 A tour of the rare blue reconnaissance Spitfire PR. XIX (PM651) will be stopping off in Coventry, Leicester, Shrewsbury, and Telford for a weekend of engagement with families, shoppers, commuters, and festival goers in the heart of each location.

The PR. XIX is fitted with the Griffon engine as opposed to the Merlin engine used in earlier models and was notably faster than its predecessor. Distinctly, PR. XIX had extra fuel tanks in place of the machine guns, a retractable tail wheel making its profile more streamlined, and a pressurised cabin critical for the high-altitude reconnaissance flights.

Families are invited to get up close to the aircraft and hands-on with the interactive activities on the ground. Don a battledress uniform, wartime flying jacket, pilot helmet and goggles before taking a seat inside a replica cockpit for an authentic Spitfire experience, perfect for a Spitfire selfie! Museum ground crew will showcase a collection of wartime props, while sharing local RAF stories and details of the exciting aircraft displays, experiences and events visitors can enjoy at the Museum.

Look out for the Spitfire 'flying' into a town or city near you on the following dates:

'This year the RAF Museum Midlands is celebrating 50 years of sharing RAF stories, and what better way to celebrate this than to take one of our most iconic aircraft out on tour. The RAF has a long history in the Midlands, and we're excited to share these stories within the community, and with new audiences who may not have visited the Museum before.'

The Midlands is steeped in RAF history, during the Second World War it was home to the largest Spitfire factory in the UK. RAF Castle Bromwich in Birmingham produced 11,939 Spitfires by 1945, more than half of the 20,000 produced across the UK. Thousands of people from across the Midlands have a connection with the RAF story, from the many men and women who served in the RAF, to members of the public who came together and supported the war efforts through Spitfire Funds.

Visit the Spitfire on tour this summer and pick up your free Spitfire virtual reality experience voucher code, redeemable on your next visit to the RAF Museum Midlands (Terms and Conditions apply). Tag #RAFMuseum in your #SpitfireSelfie to be in with a chance of winning one of five prize bundles worth £50 (Terms and Conditions apply). Entry to the Museum is free, simply pre-book your arrival time online at https://bit.ly/3Lxk6Ny.