Red Arrows to perform at Major Gulf Airshow for the first time (18.7.22)

The Royal Air Force Aerobatic Team will perform at the Bahrain International Airshow for the first time as part of a visit to the Gulf to promote UK interests. 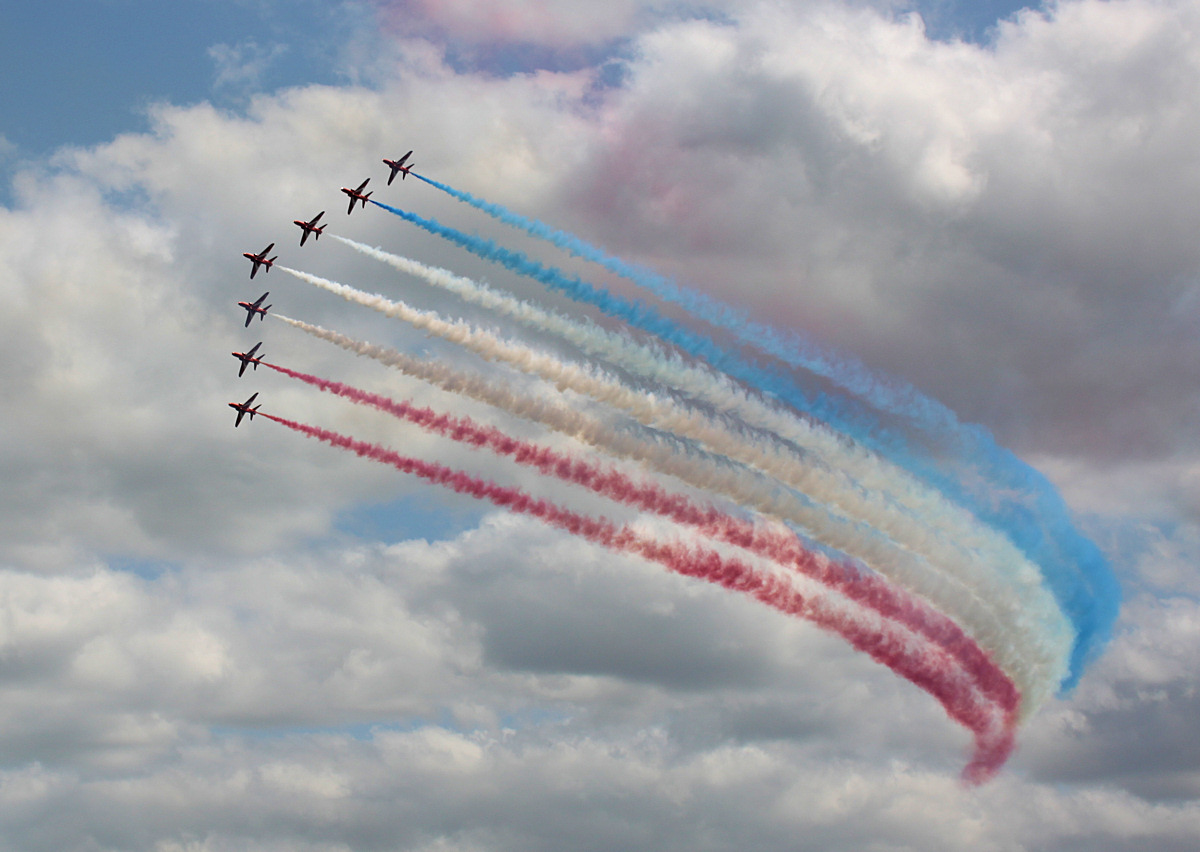 Audiences at the major aerospace and business event will enjoy a series of world-class performances by the Red Arrows in November 2022. The displays and associated ground engagements are an opportunity to further develop the longstanding diplomatic, military and trade relations between the Kingdom of Bahrain and the United Kingdom.

Over the last 10 years, the Bahrain International Airshow has established itself as a leading event for aviation with over 50,000 trade visitors expected and some 215 military and civilian delegations expected to be in attendance this year, between November 9th and 11th.

The Red Arrows will deploy to the Gulf following completion of the team's busy domestic season and use the airshow as an opportunity to carry out a series of displays, flypasts and ground events elsewhere while in the region.

The 5-week programme of activities will support a range of UK interests as part of the Government's GREAT Britain Campaign and take in Kuwait, Saudi Arabia and the United Arab Emirates. It is hoped the tour will also include a visit to Egypt by the team for the first time in almost 20 years.

The tour aims to promote the UK in the region, building on the mutually beneficial relationships between the UK and Gulf nations in a range of industries and sectors, including business, trade, defence, tourism and education.

It follows the launch of trade talks in June between the UK and the Gulf Cooperation Council, which covers £33.1 billion of trade. The UK's defence relationship with Bahrain, home to the Royal Navy's largest naval base outside the UK, is vital for peacekeeping and regional security.

As well as the eye-catching air displays, the team will also conduct a series of ground events including business seminars and sessions aimed at inspiring young people, by using the Red Arrows to highlight the importance of science technology, engineering and maths.

The announcement to perform at the Bahrain show was made at the Royal International Air Tattoo at RAF Fairford, attended by the Bahraini Minister of Transportation & Telecommunications, Minister Mohammed bin Thamer Al-Kaabi.