This year's socially distanced three-day Duxford Battle of Britain Air Show, including Friday's new proms event, will combine nostalgic flying formations with contemporary, awe-inspiring aerobatic displays. Acts will include the Battle of Britain Memorial Flight, a Spitfire Balbo, the Red Arrows and the Blades, as well as a unique appearance from the NHS Spitfire. 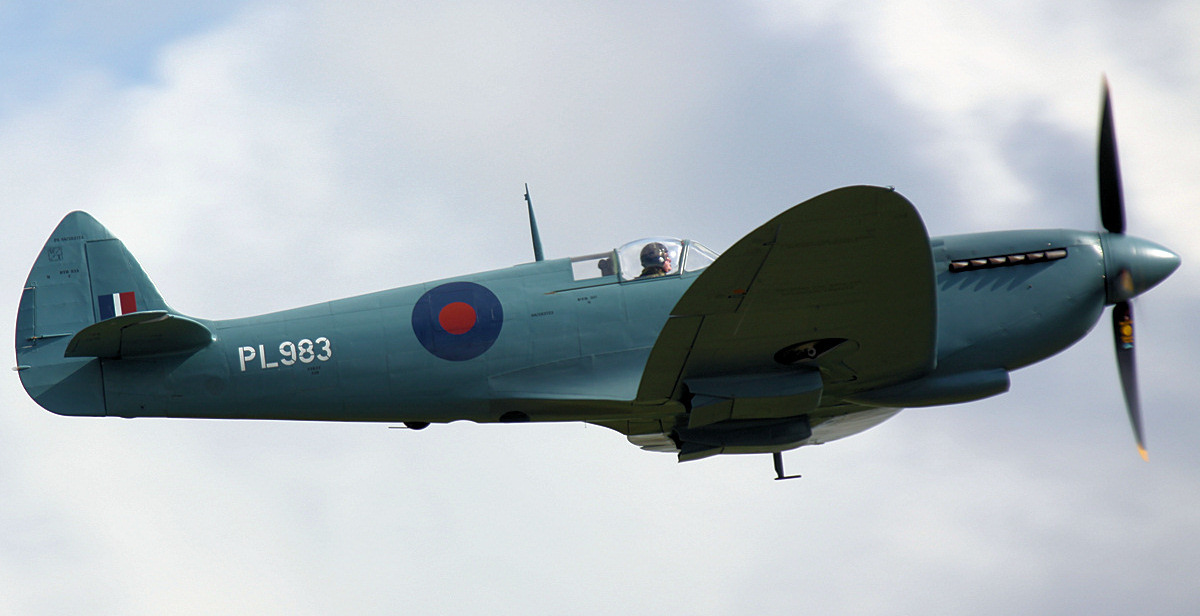 To mark 80 years since the RAF defeated the Luftwaffe in the 1940 aerial campaign, the Battle of Britain Memorial Flight will be showcasing a new Dowden formation with an Avro Lancaster, a Hawker Hurricane and three Supermarine Spitfires. The Aircraft Restoration Company's Spitfire Mk.PRXI PL983 'L', a former reconnaissance aircraft which has recently been touring the country's hospitals in tribute to the NHS, will also be gracing the skies.

Phil Hood, Air Show Event Manager, IWM says: "We've been working tirelessly with the local authorities to ensure that we have all the measures in place to make this event COVID-secure and prioritise the safety of visitors, staff and volunteers. We encourage those attending to read our COVID-19 Response Page on our website which outlines all the operational measures in place including test and trace procedures, mandatory mask-wearing when indoors, the appointment of a designated Social Distance team and thorough cleaning in all areas."

Hood continued, "We're thrilled to be inviting old favourites back to the Battle of Britain Air Show, and to welcome more modern acts to the skies. Although this is a step away from our usual September format, we see this as an opportunity to support the aviation industry when most of the year's air shows were sadly cancelled. We would also like to thank all of our flying partners at IWM Duxford for preparing their aircraft especially for the event, which we're confident won't disappoint!"

A Battle of Britain air show wouldn't be complete without a re-enacted dog fight between a Hispano Buchon, Hawker Hurricane and Supermarine Spitfires. The flying schedule will feature three of the world's four remaining Mark 1 Spitfires, including the Dunkirk evacuation veteran, the Spitfire N3200, and culminate with a traditional Spitfire Balbo.

On the ground, visitors will be transported back to the 1940s with vintage fairground activities and market stalls, military vehicle displays, bunting workshops, flight line walks and plenty of music and dancing. Duxford Battle of Britain Proms will also host concerts by The D-Day Darlings and the Fly Boys.

Since reopening on 1 August, IWM Duxford has installed a number of social distancing and hygiene measures to ensure the safety of all visitors, staff and volunteers. Please visit our Coronavirus FAQs page on the IWM website, or watch our 'Welcome back' video on YouTube for more information.