This aircraft is based on the remains of P-51B Mustang (43-24837 'Berlin Express') which was part of the 9th Air Force's 363rd Fighter Group and operated out of RAF Staplehurst, Kent, England, during the Second World War. This Mustang, flown by American Bill Overstreet, is famous for flying under the Eiffel Tower during a dogfight, in Paris, during 1944, where he shot down a German Messerschmitt Bf109G while avoiding heavy enemy fire and escaped back home. This aircraft eventually crashed during a training flight and the pilot bailed out, on June 10th, 1944.

Transatlantic flight
'Berlin Express' has flown across the Atlantic to display in the UK during July 2017. Flown by Lee Lauderback, it flew 5,470 miles from Houston, Texas to IWM Duxford in England via Paducah in Kentucky, Bangor in Maine, Goose Bay in Canada, Narsarsuaq in Greenland, Keflavik in Iceland and Wick in Scotland. The flight began on Wednesday 28th June in Texas and arrived at IWM Duxford on Tuesday 4th July.

You can track the progress of P-51B Mustang 'Berlin Express' by clicking here.

Berlin Express to display at Flying legends & RIAT 2017 airshows
Once the aircraft has arrived at Duxford it will then display at the Flying Legends airshow which takes place at Duxford on Saturday 8th to Sunday 9th July 2017. Dan Friedkin will be the display pilot and will fly alongside his Horsemen Flight Team mates Steven Hinton and Ed Shipley.

This Mustang was to have displayed alongside Comanche Fighters P-51D Mustang 'Frenesi' (N-357FG) and Norwegian Spitfire Foundation's P-51D Mustang (G-SHWN) as part of the 'Horsemen Aerobatic Team', flown by Steven Hinton and Ed Shipley. 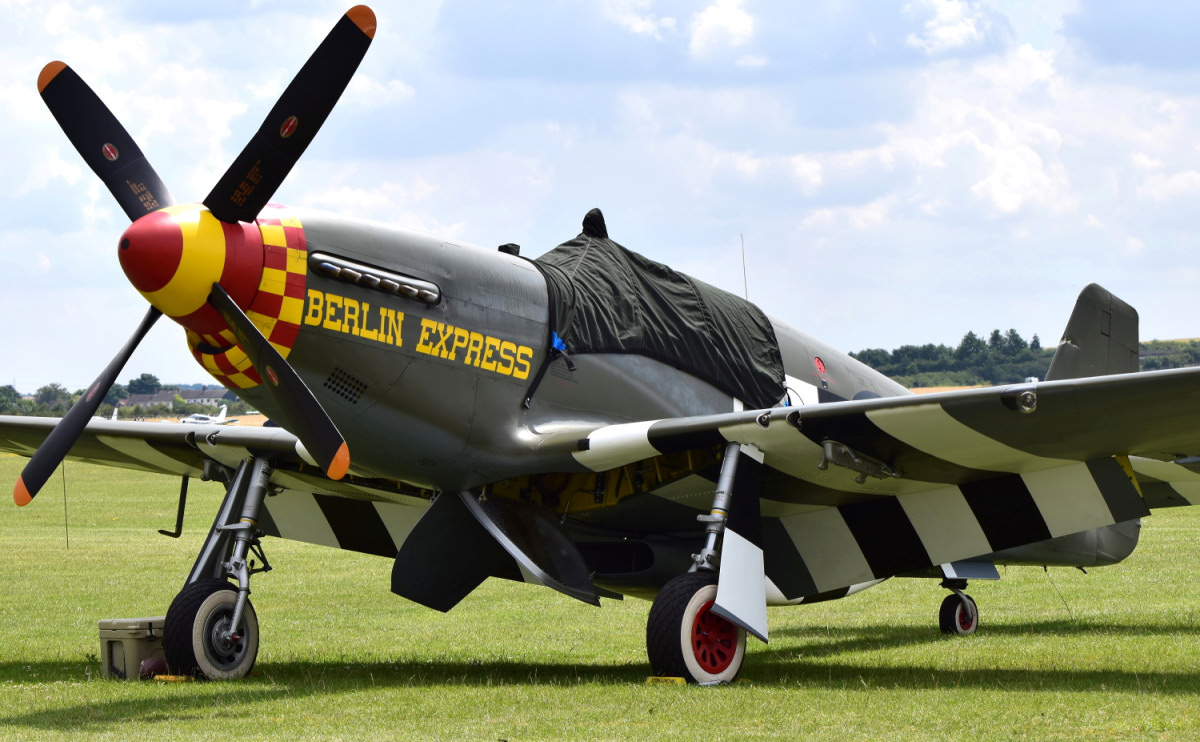